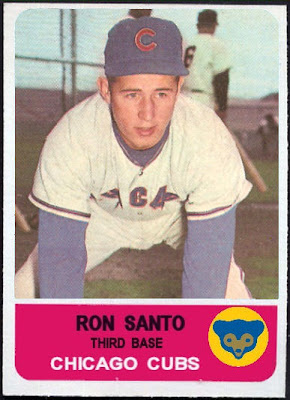 And none of the other cards received a single vote. In my opinion the original was the best, if only because of the trophy graphic. I thought of including it on the other cards but that trophy is unique to Topps baseball cards. I like both Fleer designs but the baseball card loses points for having no information other than the player's name on the front. No team logo, no team name, no position, nothing. The fooball card has a clean look similar to the 1973 Topps but could use a but more color. The topps football is just plain boring.